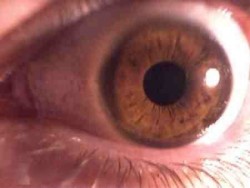 Crystal meth is one of the most dangerous and most addicting street drugs in the world causing millions of users to go through great lengths in order to stay high and prevent the onset of withdrawal symptoms. Depending on the user, the symptoms of crystal meth withdrawal can range from mild and mostly unnoticeable to moderate or even severe. Sustained methamphetamine use can lead to permanent psychosis that closely resembles schizophrenia and cannot be treated.

For a user who has been addicted to crystal meth for many years, the dangers of withdrawal are rather significant. Some users will experience such vivid dreams that they cannot fathom what is real and what is not. Others will have thoughts of committing suicide in order to overcome the pain or depressed state that they are in when they don’t have crystal meth. While not all cases of meth withdrawal are severe, for some, there is nothing more unwelcomed than the feeling that they get when they stop smoking, injecting or snorting methamphetamine.

People who only abuse methamphetamine for a short period of time are likely to have mild crystal meth withdrawal symptoms that mostly go away within a week or so. The most common symptoms for these individuals include fatigue, mild depression and an increased appetite. Most of the time, the low-level crystal meth withdrawal is treated with rest, support and monitoring to ensure the continued abstinence from drug use.

For those who regularly abuse crystal meth for more than a couple of weeks, the risk of dangerous and potentially permanent withdrawal symptoms increases. While these symptoms are generally non-life-threatening in nature, they can greatly reduce the quality of life for the recovering addict. In cases of prolonged crystal meth use, the symptoms of withdrawal will typically last much longer than if the drug were only abused for a short period of time and the symptoms are most often more difficult to cope with.

Some of the most common crystal meth withdrawal symptoms to come as a result of long-term methamphetamine abuse include:

If you or a loved one is addicted to crystal meth, the best thing that you can do is to seek immediate treatment. The first days or weeks following the decision to quit using crystal meth are typically the most difficult for the recovering addict but with the right support, medical treatment and care, sustained abstinence can and will lead to long time sobriety. Help is widely available to those who are ready to get on the right path to sobriety.