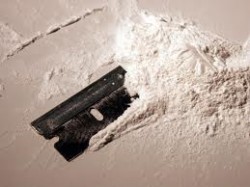 Crystal meth addiction is a highly dangerous situation that can cause lasting consequences for the user especially when the addiction goes unnoticed and untreated for a prolonged period of time. Methamphetamine is a stimulant that produces a euphoric high when it is smoked, snorted or injected. The false sense of well-being that is created from methamphetamine use can lead to strong feelings of happiness and intense urges to use more of the drug. Unfortunately, the feelings are short lived and the drug will quickly result in both a physical and psychological dependence which makes quitting a difficult process.

In some states, meth addiction is even more alarming. For instance, the meth addiction epidemic is very severe in Hawaii where more than 50% of all treatment intakes are for people who are seeking help for methamphetamine abuse. Despite law enforcement efforts, meth addiction continues to plague millions of people around the world and is a growing concern throughout the United States.

There are typically varied levels of meth addiction and depending on the severity of the disease, an individual may be a functioning meth addict, a low-intensity meth abuser or what is widely known as a “speed freak.” On the lowest scale, meth addiction doesn’t cause major interruptions in work or school and may be the result of a user wanting to lose weight, stay up to study for a test or stay alert to handle an important task. Unfortunately, as previously stated, there is no level of meth use that is deemed safe and therefore even mild or low-intensity meth abuse can lead to extreme cases of meth addiction.

Binge users tend to smoke or inject crystal meth in an effort to experience an intense rush. Unfortunately, this rush is psychologically addictive and can lead to adverse psychological dependence. This binge use which typically takes place over a few days or maybe a week at a time can also, and often will also, lead to high-intensity meth abuse and addiction that is difficult to treat.

Finally, the worst case scenario is that occasional or binge use of meth will lead to extreme measures of meth abuse. Individuals who use methamphetamine on a regular basis and who cannot fathom anything other than using meth all day every day are considered “speed freaks.” Their entire life is consumed by their drug use, the subsequent crash and their next high. Nothing else matters at this point and the deadly cycle of meth addiction.

If you or someone you know is addicted to crystal meth, consider seeking immediate treatment before it’s too late. Meth addiction, when left untreated, can lead to deadly consequences and a lifetime of hurt and pain. Finding help and overcoming the perils of meth addiction is possible but it will take commitment, consideration and your desire to get sober. For help, call our helpline 24 hours a day, 7 days a week at 1-888-460-6556.