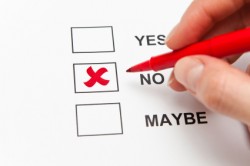 Meth withdrawal is tough but there is help!

Many addicts continue to take part in addictive behaviors primarily because of the withdrawal symptoms that they endure when they stop using drugs. Methamphetamine addiction, like other drug addictions, is no different. Meth withdrawal can quickly begin to wreak havoc on the user making it difficult both mentally and physically to stay sober. Heavy meth use is followed by an extreme crash that makes it difficult for the user to focus, stay awake or function normally—it is this very crash that leads the addict back to his or her habitual methamphetamine use.

What is Meth Withdrawal?

Meth withdrawal includes the psychological and physical symptoms that a user experiences when he or she stops taking methamphetamine after having become dependent on the drug. For some, meth withdrawal will begin to occur mere hours after the last dose while for others it could take a day or so to really start to set in. The severity of the symptoms that a user will feel all depends on the level of their drug abuse, the length of time that they have abused methamphetamine and various other factors.

What are the Symptoms of Meth Withdrawal?

Most of the symptoms of meth withdrawal are not easily spotted by loved ones or family members but they are definitely felt by the user. The symptoms, though rarely a life-threatening matter or a danger to the user, can be very difficult to cope with and often lead the user back to methamphetamine abuse. Unfortunately, some of the symptoms of meth withdrawal can cause the user to become a risk to him or herself, especially in a case where psychosis or extreme depression and suicidal ideations come into play.

For symptoms of withdrawal that do pose risks to the user, sometimes it’s best to be admitted to the hospital or a treatment setting for the detoxification period. This will ensure the safety of the user during the earliest days of meth addiction treatment and recovery. The following symptoms of meth withdrawal warrant the need for hospitalization:

There are many other symptoms that the user will feel when he or she quits using meth. Some of the meth withdrawal symptoms that are not necessarily considered dangerous but are very common include:

Unfortunately, most addicts will turn down help at first and this can make it difficult for a loved one to actually help. Getting help for meth withdrawal and the addiction itself is an important step in the recovery process but it’s not one that is often welcomed by the addict. People like to think that they can go about recovery on their own and that they do not need professional help. Unfortunately, these methods of attempting to quit and to stay sober without professional help usually fail and can lead to an even stronger addiction.

Treatment for methamphetamine addiction involves detox, individual and group counseling, therapy such as behavioral therapy methods and CBT as well as follow-up care. The road to recovery will likely be challenging but when recovery is accomplished, the feeling can be very rewarding. If you or someone you know is suffering from meth addiction and needs help, contact a professional as soon as possible to ensure safety, sobriety and healthy living.